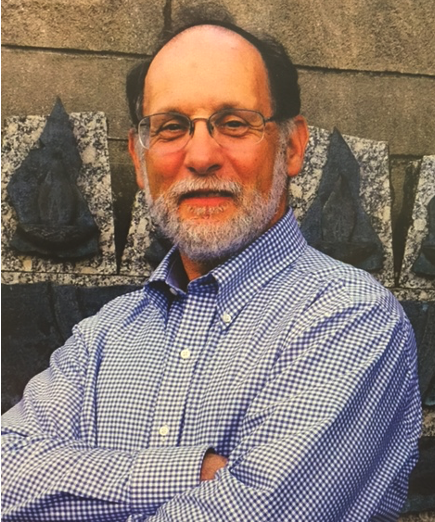 Rabbi Astor and his wife, Sharon, have been BEKI members for three years, since moving to the Westville neighborhood from New London, where he served as rabbi of Congregation Beth El from 1981 to 2013, retiring after 32 years as Rabbi Emeritus. On March 1, 2021, Rabbi stepped into the role of BEKI’s Interim Rabbi.

While in New London, Rabbi Astor was president of the New London Clergy Association, a faculty member at Connecticut College, a member of the chaplaincy board and ethics committee at Lawrence and Memorial Hospital, and a mohel.

Rabbi Astor’s first pulpit was in Wayne, New Jersey, where he served for 7 years. His prior experience as an interim rabbi was in 2015-2016 at Shaarei Tikvah in Scarsdale, New York.

Rabbi Astor, who grew up in Hewlett, Long Island, and attended the University of Pennsylvania, was ordained at the Jewish Theological Seminary, where he also earned his Ph.D. in Rabbinic Literature (Midrash) in 1996.

The Astors are the parents of three children, Sara, Avi, and Donny, and 6 grandchildren, located in Philadelphia, Barcelona, and Florida.

The author of Who Makes People Different: Jewish Perspectives on the Disabled, published in both English and Hebrew, Rabbi Astor also contributed a unit on the Jewish life cycle for The Observant Life, published by the Rabbinical Assembly.

He enjoys bicycling, running, hiking, swimming, and kayaking. He also plays the violin with the Nu Haven Kapelye. He and Sharon have been pescatarians since they were married in 1970.